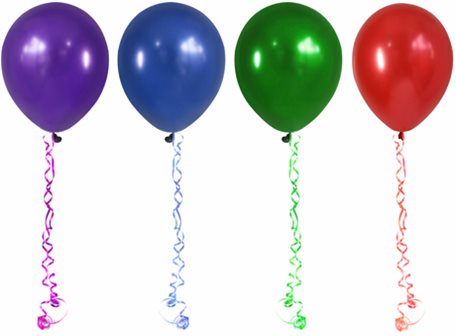 Note: A parent should always be present—both physically and mentally—when the children are conducting any science experiment at home. Even the simplest experiments have potential for trouble if done wrong.
The ordinary pressure of the air surrounding us is 14.7 pounds per square inch, but the pressure can change when the wind blows or an object, like a car or airplane, accelerates.
One important principle to remember is that wherever the air pressure is higher, there will be a stronger force or push against an object. It’s also helpful to know that when an air particle speeds up, it actually “pushes” less. Imagine that fast-moving air particles are in so much of a hurry that they don’t have time to apply force. This principle is used in airplane wings to make planes fly. When a plane moves along the runway, the air above the wing speeds up more, lowering the pressure, so that the air below the wing can push the plane upward.
Do you want to see if these principles really work? Great! Try one or more of the following experiments:
Water Glass Trick. Fill a cup one-third with water. Cover the entire mouth with an index card. Holding the card in place, take the cup to the sink and turn it upside down. Remove your hand from underneath. Voilà! Because the water inside the cup is lighter than the air outside, the card is held in place by about 15 pounds of force from the air pushing up, while the force of the water pushing down is only about one pound of force.
Fountain Bottle. Fill a 2-liter soda bottle half full of water. Take a long straw and insert it in the mouth. Wrap a lump of clay around the straw to form a seal. Blow hard into the straw—then stand back. Your blowing increases the air pressure inside the sealed bottle. This higher pressure pushes on the water and forces it up and out the straw.
Ping-Pong Funnel. Put a ping-pong ball inside the wide part of a funnel and blow hard into the narrow end. Why doesn’t the ball pop out? As you blow into the funnel, the air moves faster and lowers the air pressure underneath the ball. Because the air pressure is higher above the ball than below it, the ball is pushed down into the funnel—no matter how hard you blow or which direction you point the funnel.
The Million Dollar Bet. Take an empty water or soda bottle and lay it down horizontally on a table. Roll a piece of paper towel into a small ball about half the size of the opening. Tell a friend you’ll pay $1 million if he or she can blow the ball into the bottle. Don’t worry about losing money because this is impossible. No matter how hard someone blows to try to force more air into the bottle, there’s no room for it, so it will flow right out, pushing away the paper ball.
Kissing Balloons. Blow up two balloons and attach a piece of string to each. Hold one balloon by the string in each hand and position the two balloons so that they are at your nose level and 6 inches apart. Blow hard into the space between the balloons. This lowers the air pressure. The pressure of the surrounding air is now higher and it will push the balloons together.
[Adapted from “Top Ten Air Pressure Experiments to Mystify Your Kids-Using Stuff From Around the House,” by Aurora Lipper, for Mechanical Engineering, January 2008.]
Fonte: Asme